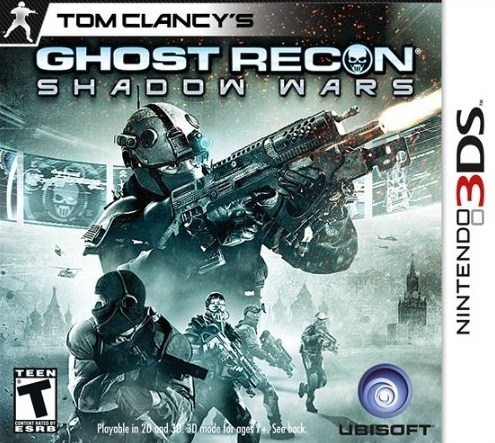 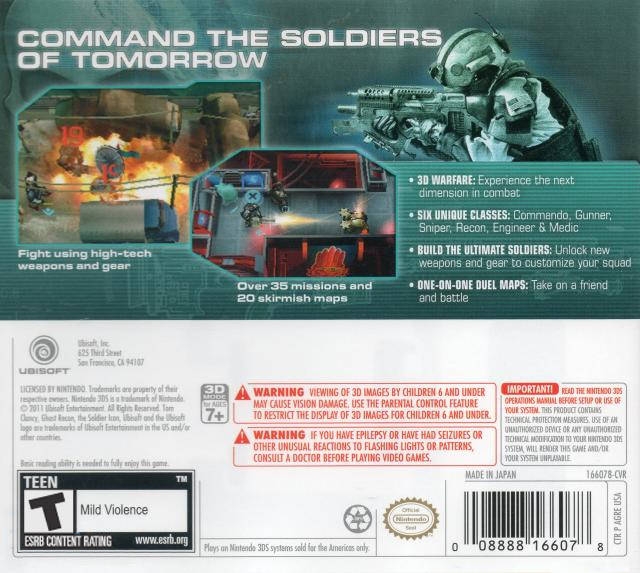 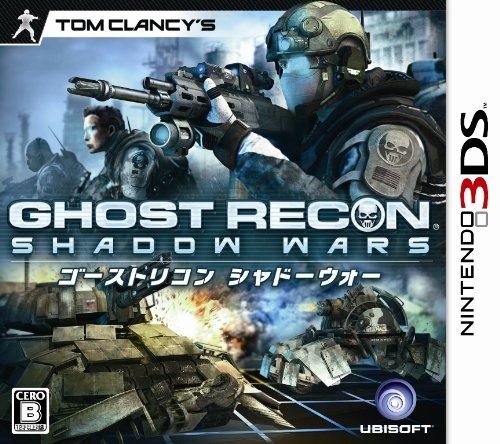 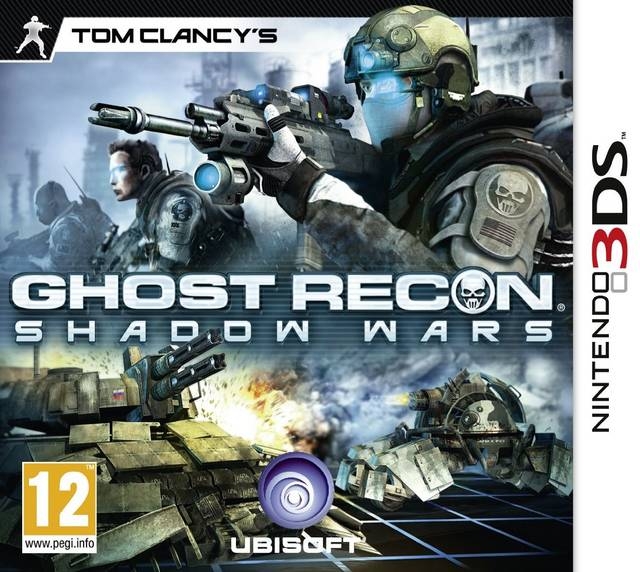 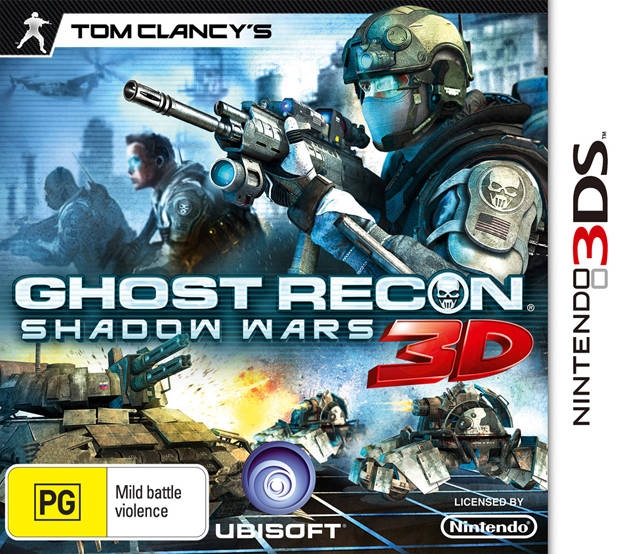 As the commander of the Ghosts, your mission is to stop the Russian ultranationalist Yuri Treskayev from coming to power. From the hot deserts of Kazakhstan to the towns and villages of Ukraine and the frozen lands of Siberia, you must discover and disable the secret Soviet-era “Dead Hand” bases which Treskayev is using to build an army of drones to seize power. You will have access to full resources to build, train, and equip your team, using increasingly high -tech weapons and armor.

• A new way to experience the critically-acclaimed Ghost Recon series

- Eye-popping 3D cutscenes and in-game effects, where enemies and objects appear to be jumping out at you!

- Use the Touch Screen for quick and easy mini-map navigation.

- Choose among six unique classes, each with their own special skills: Commando, Sniper, Recon, Engineer, Gunner and Medic.

- Unlock new skills and equipment by progressing in the game.

- Equip your ghosts with the most advanced combat gear—and even drones!