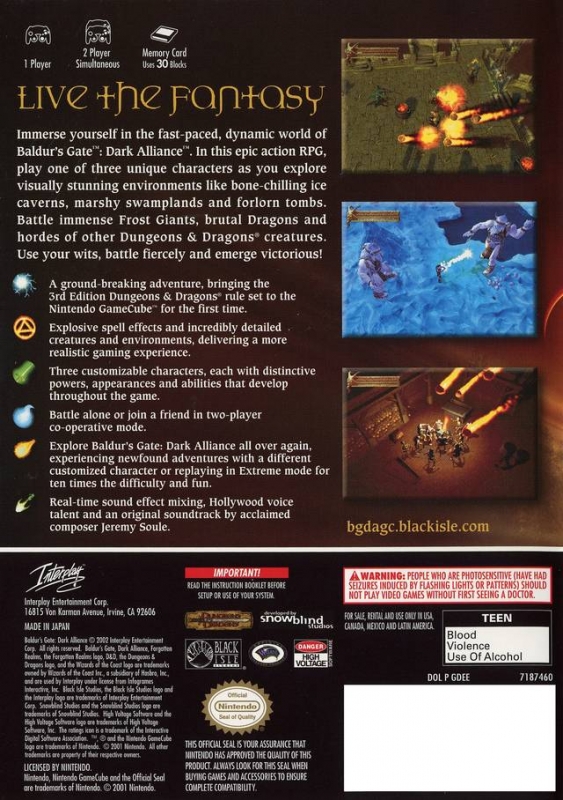 Immerse yourself in the fast-paced, dynamic world of Baldur's Gate: Dark Alliance.  In this epic action RPG, play one of three unique characters as you explore visually stunning environments like bone-chilling ice caverns, marshy swamplands and forlorn tombs.  Battle immense Frost Giants, brutal dragons and hordes of other Dungeons & Dragons creatures.  Use your wits, battle fiercely and emerge victorious!

Source - Back of box