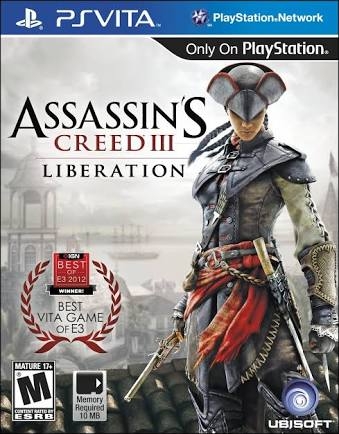 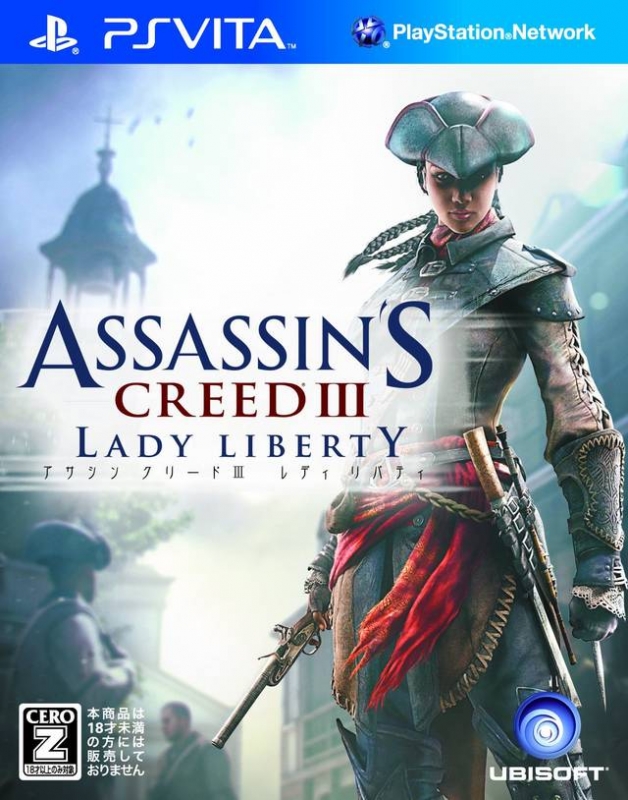 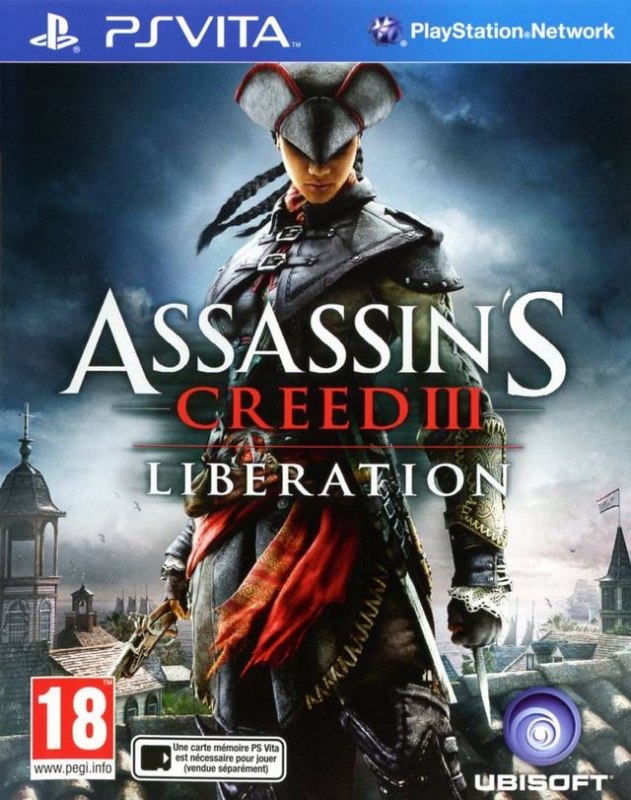 Though wonderful, Assassin's Creed III: Liberation is a prime example of why fans should keep their expectations in check.

Handheld games are often held to the standard of console games, and very few live up to that lofty expectation, even though the experience is different and expectations should be adjusted. When compared to its beefier console counterparts, Assassin's Creed III: Liberation isn't really all that good, but when compared to other similar games on its platform, it excels and is easily one of the best games on the Vita right now.

Anyone familiar with the franchise up to this point knows that the main hook of Assassin's Creed is its wonderful, era-spanning story that has taken us from before recorded history right up to the supposed end of the world that's due December 21st of this year. Despite featuring a mission wherein you play alongside Assassin's Creed III's protagonist Connor in 1777 New York, there's almost nothing linking this game to the main series. It clearly takes place in the same world with the same lore, but it's obviously not intended as any sort of story building exercise, and is instead the side game we should all expect. In fact, the opening cinematic makes me think that the game is tricking you, the player, into thinking you're playing an Abstergo virtual reality game, making me think from the get-go that perhaps this was some subtle experiment in getting the player to try to hate the assassins by showing the other side of the coin, but as far as I know it isn't and I consider that a hugely wasted opportunity. That said, keep an eye out for special pedestrians; they are the key to the game's multiple endings.

In fact, the entire story is a wasted opportunity. It's not that the story is terrible, in fact compared to most action games it still remains a well written and poignant story about the freeing of the slaves in New Orleans, but the protagonist isn't introduced to the player very well. Aveline is the first female assassin that players have taken control of, and since she's black in a time when slavery was still a form of prideful boasting for rich white folks, the potential for an engaging and moving back-story practically wrote itself. Instead, we see her once as a child with her mother, and in the next scene she's an assassin with absolutely no exposition getting her there. Some of her motives are explained in later chapters, and her goals are given some clarity, but for a game that will last most people 10-12 hours, you can't leave the plot building until the end; this isn't a movie where the intro is only a few minutes removed from the climax. While the plot is thin compared to the grandiose tales its console brethren tell, it's still a potentially moving story about an escaped slave going back to her roots to free and protect her kin from those who would do them harm.

Despite the game's disappointing story, the other aspects of the Assassin's Creed franchise remain. The dialogue is well written, voice acting top notch, and the score beautiful; the art direction and costume design are also worth singling out for merit. I know I talk about the art direction and costume design a lot in these Assassin's Creed reviews, but as a student of film and television production, I find these aspects practically pop out and are begging to be noticed. Despite the graphics being almost as good as those in Uncharted: Golden Abyss, Liberation suffers when it comes to technical fidelity. The frame rate is noticeably choppy, some of the animations are poor, and the camera can occasionally be wonky.

As a portable title, it's expected that the world and content would be appropriately scaled down to fit its handheld cradle, and that's exactly what happens. New Orleans is much smaller than any Assassin's Creed city to-date, and whilst the bayou is vast it's still only a fraction of the American Frontier. Despite the appropriate scaling down, it still feels like a rather massive world for a handheld, easily besting the other major open-world action game on the Vita, Gravity Rush, in terms of scale.

All the typical Assassin's Creed gameplay elements are there, but there are a few additions this time around and one major change in the form of the persona system. Aveline is an assassin, but she's also a lady and an ex-slave, and each of these persona comes with its own set of pros and cons. The assassin persona is always stuck with slightly higher notoriety, but grants Aveline full access to mobility and attack capability; the slave persona sacrifices some offensive abilities in lieu of lower notoriety and the ability to stir up fellow slaves into a riot; and the lady persona has low mobility and low attack, but hardly gets notoriety and can easily bribe or charm her way into wherever she needs to be. It's a wonderful system that gives the player plenty of different ways to approach a given mission, but some missions require you be in one of the three persona, which is a little misleading when the pre-release material cited that you could do any mission with any persona. If your notoriety gets too high, you can kill witnesses, tear down wanted posters, or bribe corrupt officials to lower your wanted level. It's pretty basic stuff, but having to juggle all three persona can actually alter your strategy a bit, because some missions you'll want to use the assassin but find that persona's notoriety is too high, so you have to go in as a slave or lady.

Combat is a little clunky this time around. The button layout and controls have been updated to match Assassin's Creed III's scheme, which means that triangle is for ranged attacks, square is for close range, X is for disarming, and circle is for countering. Most of the combat is almost identical to the console version, like the defense against firing lines, but I found the countering mechanic to be incredibly hard to hit consistently. Instead of seeing the red triangle and being able to press the counter button at any time, you actually have to time your button presses correctly and it's a very small window; either that or it just doesn't work sometimes, and that's frustrating for the missions that demand you not get hit or suffer losing full synch. That said, it is truly wonderful to see the tree climbing mechanic ported over from the console version. Without it, the bayou would be a real mess to navigate.

The Vita-centric controls are hit and miss as well. Touching the screen to aim and do combo kills is enjoyable, and most of the touch stuff works well, but when you have to put your camera up to a light source or tilt the machine to unlock clues to a puzzle, its effectiveness is very random, and during my entire time with the game I couldn't get the rear touch pad pickpocketing mechanic to work even once.

After being somewhat disappointed in the world-building Homestead and trade route missions of Assassin's Creed III, I'm pleased to see they brought back the more reliable method of economy control for Liberation. You can complete side missions where you free slaves or eliminate rival business owners who have shady practices and replace their stores with your own, or you can set up a shipyard or take part in smuggling missions. It's not nearly as in-depth as Assassin's Creed II or Brotherhood, but it does the job and is appropriately scaled down for a $40 handheld game. There's also a swath of collectibles all over the place, such as Gator Eggs, Mayan Statues, Diary Pages, and Mushrooms. It's a nice way to keep the player busy, even if it's not nearly as massive or time consuming as it is in Assassin's Creed III.

Multiplayer is here once again, but this time it takes a completely different form to the sneaky stabby contracts of the other games. Instead, you choose a home base on a global grid of locations and enact a series of risk-style menu-based combat situations to take over land until your faction (Assassin or Templar) wins. While I certainly won't complain about Ubisoft trying something new and unlike any multiplayer mode I've ever seen, the mode just isn't all that engaging and beyond the obligatory trophy hunting for the elite, there's really no reason to bother with it.

Overall I'm rather torn. Assassin's Creed III: Liberation is a good game – no, a very good game – but there's no denying that when compared to my own expectations and the pedigree that the console series has built up it's a bit of a disappointment. That said, if you compare it to similar games on the Vita and 3DS, it excels in almost every way, so it's hard to criticize it too much for being what it is when what it is happens to be better than most of its direct competitors. The problem is that you can't get away from the inevitable comparisons to its own series, and in that respect it's just not all that great in the grand scheme of things. If you are a fan of the series and are just looking for more people to kill on the go, Assassin's Creed III: Liberation is perfect for you, but if you're a huge fan of the series looking to be told another layer of the existing grand tale of the assassins and templars, then you're likely to be a little disappointed.

This review is based on a PlayStation Vita copy of Assassin's Creed III: Liberation.