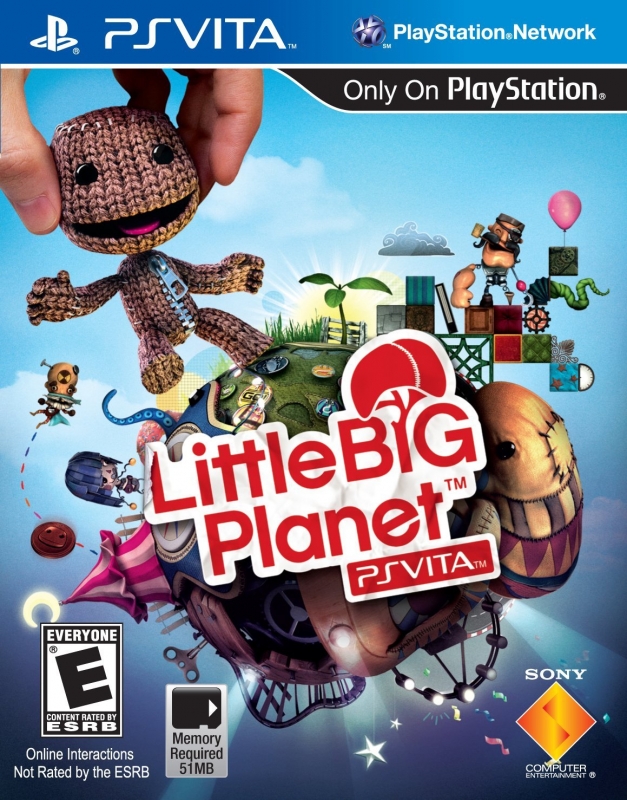 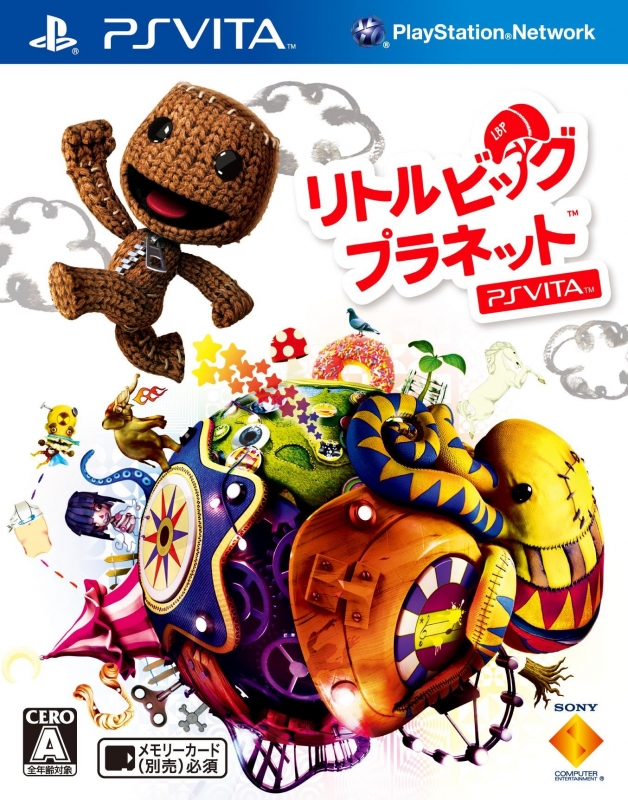 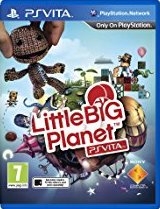 I’ve got the whole LittleBigWorld in my hands.

I’m a bit weary when it comes to sequels, especially in the case of startlingly original games because the novelty tends to wear off more and more with each release. I thought this would be the case when it came to LittleBigPlanet for the PlayStation Vita; the franchise’s fourth iteration. Every previous entry has been stellar but how far can you spread cuteness and expansive user creation options before it starts to wear thin? It turns out quite a lot, actually, when you embrace all the benefits of portability and have various new control inputs to work with. LittleBigPlanet may be the only Vita game you need for a while because it is so deep, so engrossing that it feels as if you increase your library by multiple games instead of just one.

In terms of story modes, LittleBigPlanet on Vita is the best of the bunch. The story revolves around the disappearance of the mysterious and all-powerful figure known as The Puppeteer from the world of Carnivalia. In his absence, soulless wooden dolls called Hollows have begun terrorizing the place. Sackboy is enlisted to help track down The Puppeteer’s whereabouts and return order to the world, along the way encountering many of the Puppeteer’s most cherished creations.

The level design is brilliant throughout, constantly introducing new elements such as vehicles and other gadgets, putting them to memorable effect. Sackboy is still a silent and passive protagonist but the supporting characters ooze personality as they guide you through this treacherous adventure. The physics are still realistic and jumping a tad floaty but as you are playing the game everything feels spot on. LittleBigPlanet combines challenging platforming segments with many faster chase or race sequences that keep the pacing tight and engaging. Each world is punctuated by boss battles which require inventive methods to take down but are largely forgettable in the grand scheme of things. There are about 25 story levels in total. Completing them should take between 6 and 10 hours. It would have been great if it lasted longer but there is plenty of incentive to replay levels to better your score and retrieve collectibles you may have missed.

In terms of value LittleBigPlanet is incomparable in what it offers on the Vita. Sure, it would be nice if the main adventure lasted a bit longer but what is there is uniformly excellent. Complementing the story mode are a plethora of Vita specific minigames that make use of the front and rear touch screens as well as the gyroscopic motion sensors. These micro challenges include air hockey, a Sackboy version of whack-a-mole, hole in the wall, and much more. If that weren’t enough there is an arcade world featuring five games that have multiple stages of gameplay. Now these don’t necessarily have anything to do with the world of LittleBigPlanet but they are fun and fully accessible in their own right and provide a significant amount of hours to your possible playtime. And all of that is to say nothing of the multiplayer, which only falters in not offering the option of local ad-hoc play. Cooperative multiplayer opens up the gameplay considerably thanks to some areas of levels only becoming accessible when playing with more than one player.

Then there's of course the Create and Share aspects which have been translated almost perfectly to the Vita. I would like to dispel the myth that level creation in LittleBigPlanet is easy; quite frankly that has never been the case and the 60 different lessons that comprise the level editor’s tutorial is a testament to that. The tools and interface are simple to use but leveraging them in order to make fun and memorable levels requires patience, creativity, and proper planning. However, the touchscreen makes placing objects, manipulating size, and rotation much more intuitive compared to using buttons and analog sticks. You can also use the Vita’s cameras to take pictures and paste them into the game world, which is nifty and allows you to get more personal with your creations.

The online system is exceptional and a grand demonstration of what the Vita is capable of in this realm. You can upload and download content, including high scores and levels through 3G or Wi-Fi, though playing with others will require the latter. The online connection is seamless once you are logged into the PlayStation Network. As you tackle the story mode you can see the number of online players currently playing that level and have the option of jumping in on their game or having folks drop in on yours. This also applies to various minigames, many of which are made with multiplayer in mind. Once others have joined your party they can accompany you through other story or community levels and can even come back to your pod. You can communicate via a headset or use the game’s built in text system so you and your party members are on the same page. The online experience is so seamless and satisfying that it hardly feels as if you have ventured online at all, as I never experienced any lag or any other technical issues that broke the flow of the game.

The online community has already created some truly remarkable levels that rival that of the story mode. The types of levels are in line with those created for previous LBP games but are still fun to play nonetheless. The Vita specific objects that incorporate the front and rear touchscreens are often put to great use, creating experiences not available anywhere else. Like many other games that feature level creation communities, a good portion of levels are inspired by existing intellectual properties such as Batman, Mega Man, and of course Mario (at this point I’ve played level 1-1 in more non-Mario games than Mario games). While there is a certain novelty found in such levels, the real treat is playing original levels with their own flair. The game makes it easy to search for levels and categorize them according to your preferences.

The visual style is in league with the console games, though obviously not as detailed. As you can imagine, the touchscreen makes navigating the user interface a breeze. The real graphical spark comes from the delightful art design. The world of Carnivalia has many different locales that sport their own distinct looks. Whether the backdrop is a haunted house or a technological wasteland it feels consistent within the game world. You have the option of customizing the look of your Sackperson and can alter the look of levels by pasting stickers and photographs to your heart's content; the game gives you the tools and objects necessary to recreate just about anything you can imagine.

Sound design is wonderful. Stephen Fry is always welcome in his role as tutorial narrator. The rest of the voice acting is a tad eccentric but anything less would have been unworthy of the sheer whimsy of LittleBigPlanet. The music is pleasant and fits the theme of every level, whether it is a haunted house or a technological wasteland. The sound effects really accentuate the crispness of the Vita’s audio output. Rain and lighting effects, laser sounds, and of course that familiar and all-too satisfying sound of one Sackperson slapping another in the face really pull you into the experience.

As you can probably tell by now, I am utterly charmed by LittleBigPlanet on the PlayStation Vita and think most fans of the series and/or genre will be too. This iteration manages to keep the series feeling fresh and relevant by providing a largely uncompromised experience tailor made for the Vita. I could recommend this game on the strength of its main adventure alone but that only makes up a small part of this sprawling and adventurous package. The minigames, arcade games, creation features and online multiplayer celebrate the power of imagination in such a way that it will keep you playing for a very long time to come.

This review is based on a retail copy of LittleBigPlanet for the PlayStation Vita.